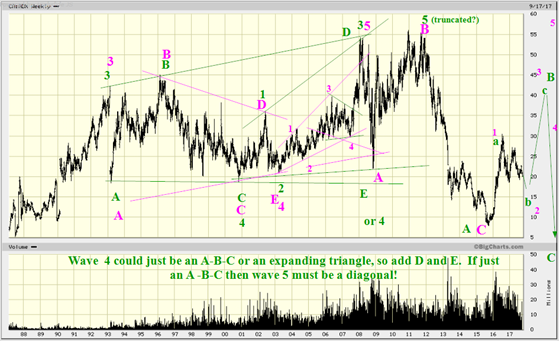 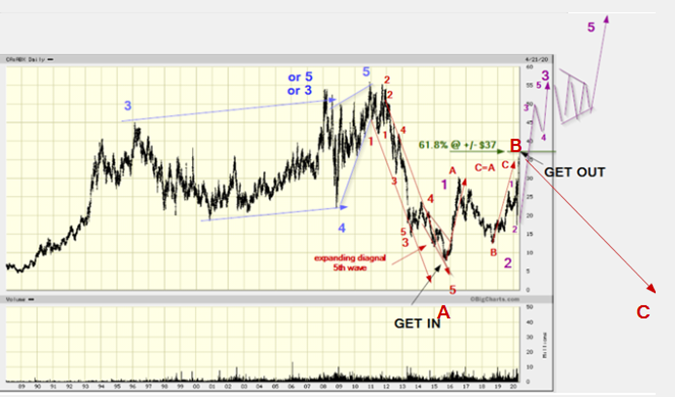 This stock is featured in this blog quite a few times and most often correctly predicted what was next. It is all still available under ABX.

So back in 2017 we recommended a buy at about $8 as it was reaching a major bottom for sure (there was an expanding ending diagonal, a pattern that is as reliable as it is rare. At that time we knew that we should get, at the very least , a retracement probable in the order of 50% or so and that the correction, if that is what it was going to be , would occur by way of a 3 wave, A-B-C. Alternatively we would be in a new bull market and the point would be a little moot as we would probable go a lot higher (shown in purple). We do not like betting and accordingly we would trade this with the worst of the two possibilities in mind.

It is now time to get out. The corrective A and C waves are roughly equal AND we are at a fairly precise 61.8% retracement. That is a return of 462% over less than 5 years , more if you also traded the leg in between. We would not wait for a repeat of $37.02 and would sell at market.