On March the 30th (you can pull it up by putting the ticker symbol into the search box at the top) I suggested that both stocks were at worst in an a-b-c up pattern of which the a and part of b were complete . For SLF I suggested $19 and as a result you would not own it as the stock made the b low that day. However on MFC I suggested you buy it at the next pull-back as otherwise you would miss a $5-$10 potential gain. The next pull-back would have been a day later at roughly $14. 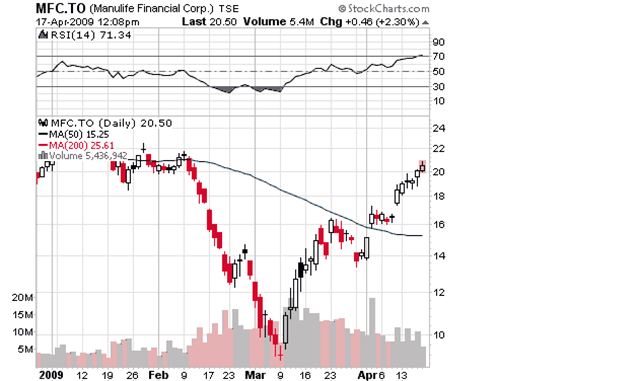 It did about $7 up or roughly 50%, again we will call it 30% . SLF did essentially as expected but we simple missed the proverbial boat, but not the first time! 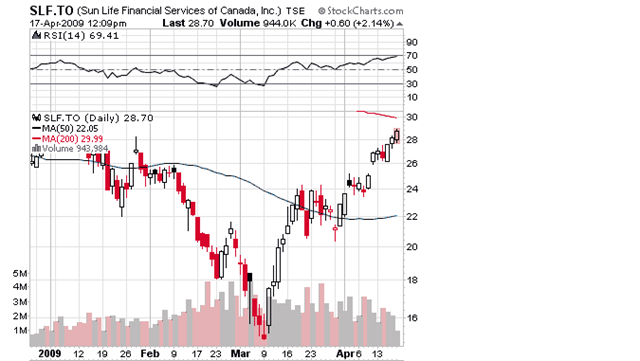 By the way, if this is all we get it is pretty bearish for both stocks as this a-b-c pattern is corrective!