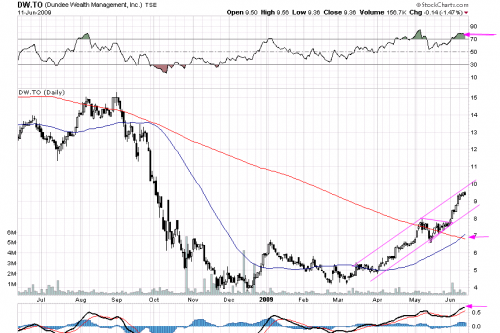 I was late to recognize this one, it was around $5.75 and halfway I suggested it might well go above $9. The stock has reached that level and some and eventhough the ultimate target is still much higher I would step aside at this level. We may have completed a 5-wave move up from the second low and both the MACD and the RSI are at very high levels from which they can only fall. Nothing wrong with a 60% profit.