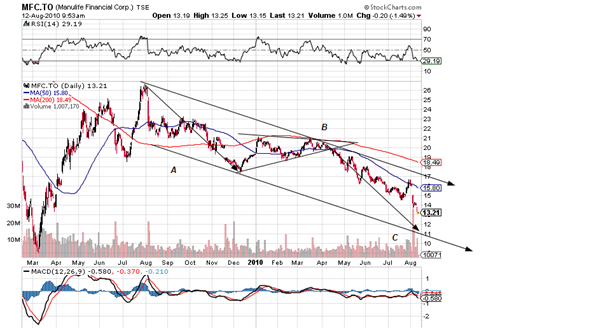 If you had bought MFC at about $15 you should have been stopped out at about $14 for a loss of $1. Next stop could be around $11 where it might be worth another try. Again a tight stop should be used as this stock is very, very sensitive to the market overall, which is now expected to fall rather significantly seeing that most indexes once again reached the 61.8% retracement as discussed earlier. Also we are approaching that time period where things are more prone to drops, September is the worst of them all.