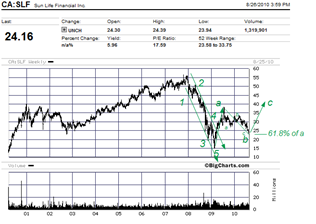 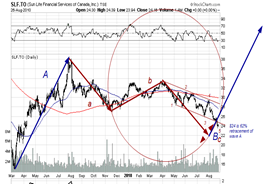 Before the world of finance drops to zero, we may still have a solid up move into mid next year going by the charts of MFC and SLF, and many others. SLF earns 6% and is less vulnerable to the stock market overall even though it too is hurt by low interest rates just as every other insurance company. It is interesting that while attempting to save the banks, the authorities are willing to sacrifice the insurers! The chart on the right is stylized , in reality the vector is more or less equal and the low is a small throw-over of the lower trend-line. Again things may change rapidly but at the very least I would expect a $5 rebound before anything else happens. Below are details. 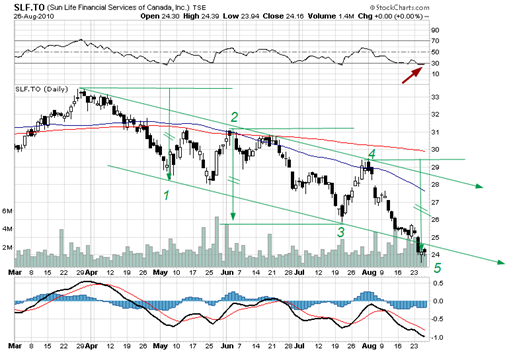