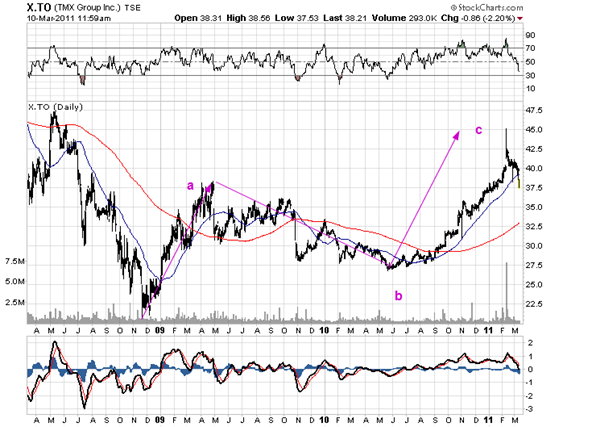 We recommended getting out of this stock the day the “merger”was announced. It is some $5 lower and the can of worms that this has opened is getting exponentially more complex. The large Canadian banks have , and this is quite unusual, broken ranks with 3 against, one on the side (it is in an advisory capacity and should stay mum) even though the chief earlier favoured the deal conditionally. The Ontario Securities Commission has weighed in but has no authority. Mr Prentice, now vice chair at CIBC but a few weeks ago still a minister, rambled so much about it that no one nows where they stand. The former CEO, now CFO with RBC but already slated to “move on” favoured the deal. And so on and so forth. This is another BCE privatization in the making and my guess is that in the end, just like in a Agatha Christie who-dun-it, the gardener will show up 3 pages from the end. More important is why an investor would want this to go through. Below is the LSE and it is rather dismal. 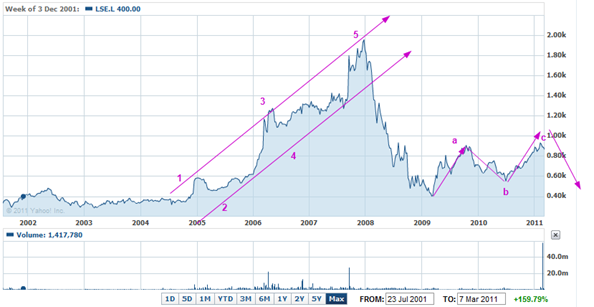 Should X follow this example it will trade substantially lower, more in line with most of the world indexes which fate it has, so far , been able to avoid to some extent.