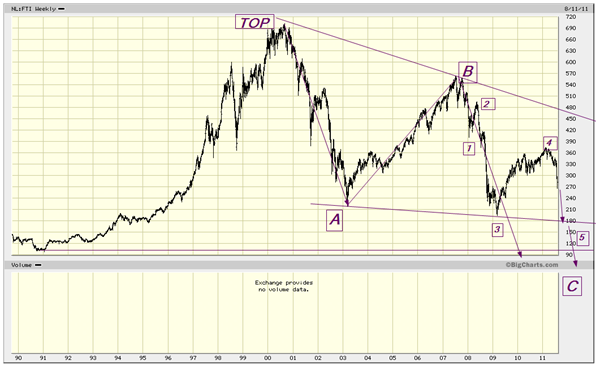 The AEX provides a good contrast to the DAX. Whereas the Dax at its most recent high was within spitting distance of its all time high, this was certainly not the case with the AEX, which was at around 50% of that high (some of the differences can, in a small part, be explained by how the indices are compiled). Considering that very little happens in Germany that does not pass through the Netherlands, it would seem implausible that the economies would be so different. The Netherlands have a good number of multinationals and other industries so the economies are not that dissimilar. It may be that the Netherlands are a good deal more global, they have one of the best and largest pension systems leading to disproportionate foreign direct investments. (the Netherlands are, for instance, the second largest investors in Canada, after the US)

Whatever, but the above chart clearly is NOT a triangle (for starters the lower boundary needs to have an horizontal or upward slope, it does not). The bear case here seems a lot more plausible, it could even be argued that the rally from the March lows is not a wave 2 but a wave 4 (there is no overlap). A drop now to 180 to the trend-line is no big feat. A drop to 100, where the 4th wave of previous degree lies, is entirely possible. At that level the market would have lost 86% of it’s value. A bear market of truly epic proportions!

Compare both DAX and AEX to the DOW; 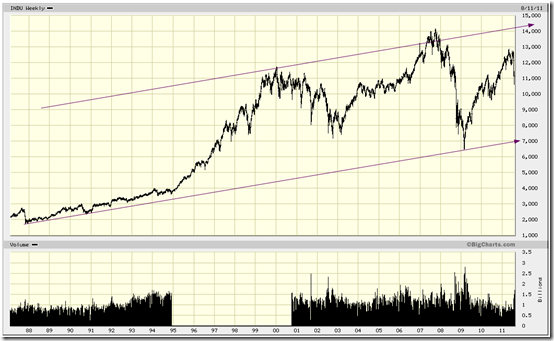