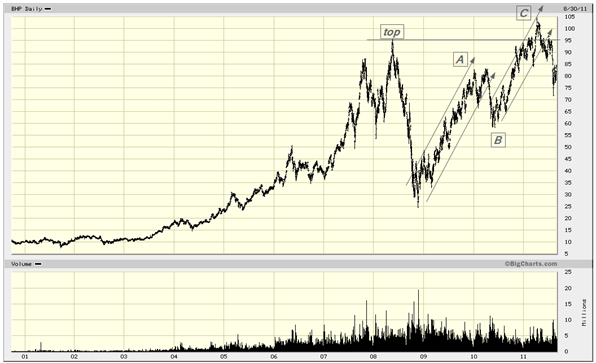 BHP completed a B=wave almost 6 months ago. The rally is a clear A-B-C (same as TCK.A) right into the double top level and the usual Mnt.Everest target of +/_ $100. It dropped roughly 30% from there and has now overlapped with the top of wave A, excluding any possibility of this morphing into a higher 5-wave move. In detail; 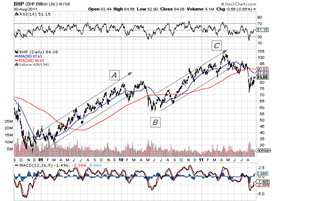 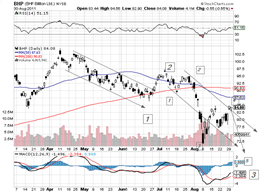 The B-wave is as plain as daylight. It does not channel and there is a clear, single break in the upward move. The 30%, so far, drop is a little more complicated. It would appear that we are in a fourth wave of wave 3 down, having completed 1 and 2 but there are other possibilities. In any case the first serious target is around $60.