Earlier this year, on the 21 of March, we opined that this bank would not go much higher and should in fact start a very steep decline.Here is the chart at that time; 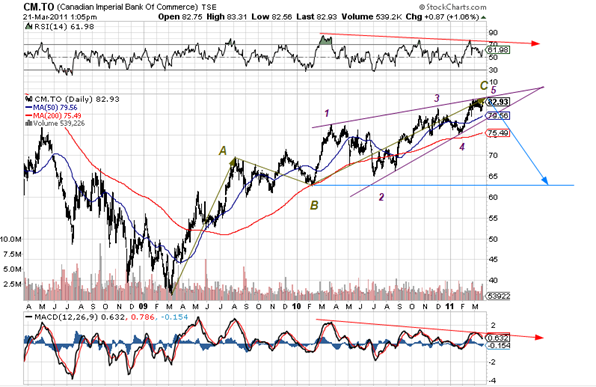 At the time the stock had traded as high as $83.31, subsequently it managed to eek another dollar  but then did precisely as expected, dropping a little over 20% to, almost $67, a few dollars shy of the then suggested target. 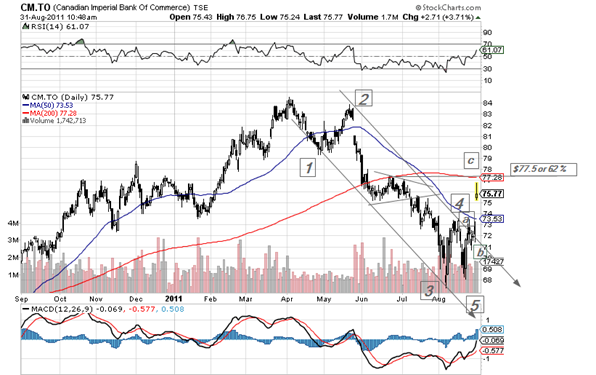 Today’s earnings were good and that may have given it an extra little push, but the stock might have completed a 5-wave down sequence just a few days ago. The bottom part is a little muddled but with the benefit of hindsight it looks like wave 4 was an irregular flat (on the day the US was downgraded. Then followed a wave 5, more or less equal to wave 1. Waves 2 and 4 alternate and given the proximity to the expected target this makes the most sense (probable with a lot of other stocks as well!). What this means is that we are now correcting the entire wave 1 down, typically one should then expect a 62% retracement, to wave 4 or wave 4 of 3 etc.etc. and that is what is happening. $77.5 would be an ideal target and then the stock should drop, and do so faster than during the last 6 months (see previous blogs).