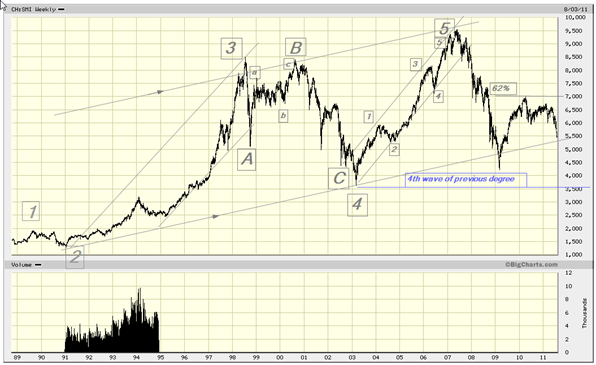 A few years ago Zimbabwe’s (Rhodesia) stock market was the best performer. Nothing else in that country was except perhaps inflation that had gone through the roof. This is almost counter-intuitive as one would think that allowing the currency to degrade (a by product of inflation), would lead to a bad stock market. Clearly this is not true and the simple reason is that stocks represent, in the main, real assets and these should appreciate relative to the currency .

If that is true for Zimbabwe, the reverse should apply to that bastion of financial probity, Switzerland. The above chart is that of the Zurich index, the SMI. That is the big picture. In more detail below with the currency; 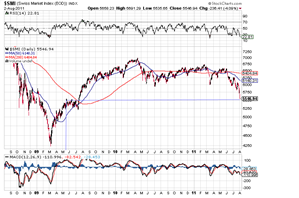 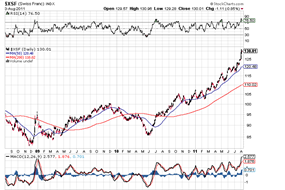 Note that the SMI is now trading at roughly the same level that it was at, 3 months after hitting the lows in march (The AEX , MIB, and CAC40 are doing similar things but a little less pronounced). The correlation with the Swiss Franc is spotty at best. It would seem that within normal ranges, whatever that is, the correlation is positive but once things start to hit the shoulder of the road, that changes rapidly and it becomes negative. The Central bank today lowered its interest rates in a surprise move, citing the “massive” over valuation of the currency. The timing is actually not that surprising if you look at the top chart (see also an earlier blog). The channel that has held for the past 30+ years , except in 2009, was once again threatened. It may well bounce here but ultimately we should reach 3500 at the very least. America is exporting deflation, and the Swiss do not like it.