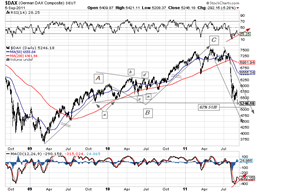 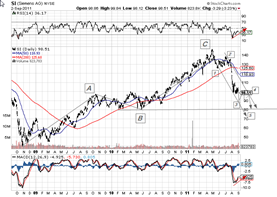 One would expect the Dax and Siemens to be dancing to the same tune, more or less. There are slight differences but in the main they go up and down at about the same time and pause at around the same time. Stylized in the two charts above, both clearly made A-B-C corrections, retracing similar proportions of their losses into March 2009.

The Dax needs to drop to about 5120 to retrace 62% of the rally, for Siemens the number is about $81 . Both have a count that would suggest that wave 3 is about to complete. A month of sideways movement could then be expected  for wave 4, and then 5 down should take both the Dax and Siemens to those targets which also correspond, roughly, to the level of the B-wave. In detail; 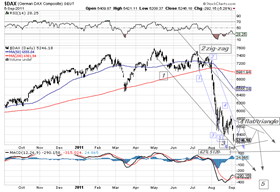 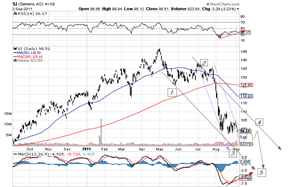