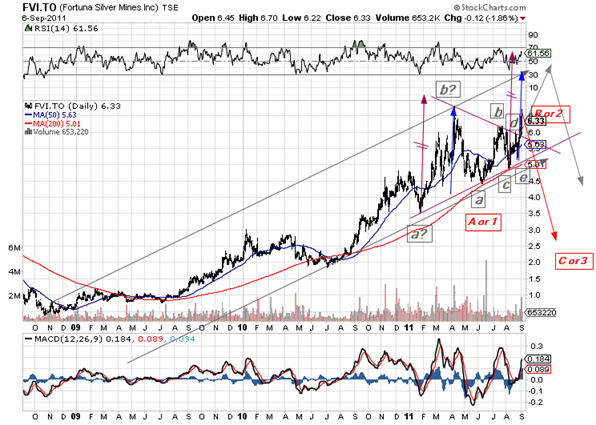 Fortuna has spent the better part of this year rotating around, roughly $5.50. This behavior could indicate that a triangle formed, either from the beginning of the year (purple) or from  April. I prefer the latter as the thrust would still fit inside the established channel. The target would be a little under $8 at around the time of the apex (about 2 months from now). An alternative that is perhaps the best count is that there are no triangles whatsoever and that the stock is forming a wave to or B just under the level of the previous top. This fits best with the action of gold itself and that of the Swiss Franc that was down by a hefty 8.5% today, an unheard of large move. Whatever the count this stock should trade at $4/$3.50 in the very near future, perhaps lower. A sell.