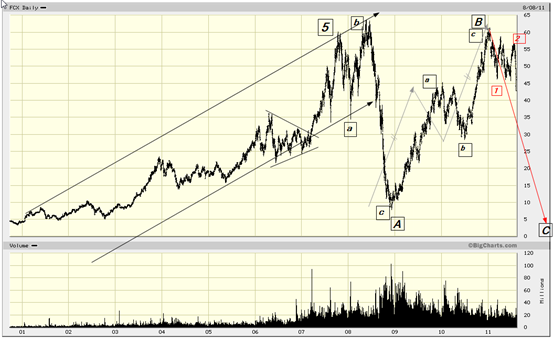 This was the picture for Freeport McMoran on August 8 . In the meantime the employees at the Greenberg operation in Indonesia went on strike and are asking for pay increases in the order of 1000%. My initial target then was $30. We hit that today. Here is the chart; 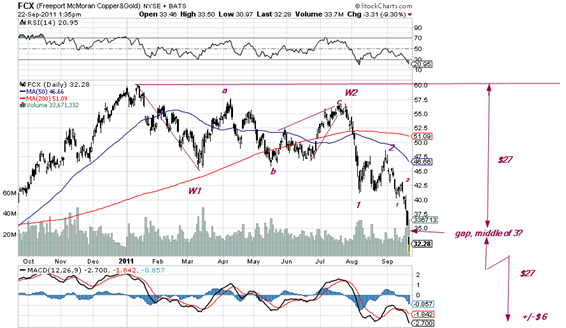 This is not the only EW count that can be put on this stock, but it is quite credible. The $6/7 or so target suggested in August may come across as too extreme or downright ridiculous to some, but I am not making this up! This is well tested pragmatic stuff.

Using the “gap in the middle” concept gets us exactly to that price level. This would imply that we are also in the middle of the 3 of 3. No doubt there are alternative counts that are not quite as dismal (for instance a large A-B-C correction that is almost over), but I would not bet my money on it.