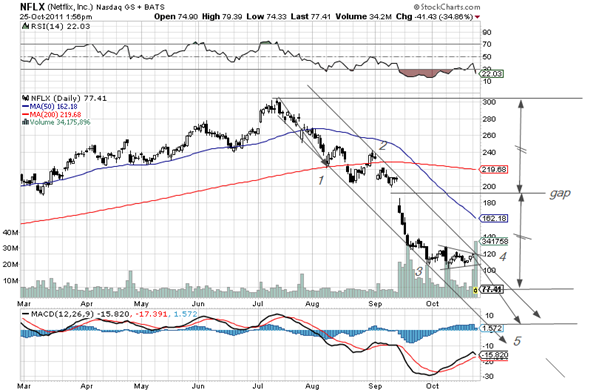 The direction is not at all surprising but the speed at which it is doing it is very impressive. It is down 74% from the highs  of four months ago. By some metrics one could argue that this is enough, for instance the “gap in the middle” concept would put the low at around today’s low of $75. The problem with that is that it is impossible to count the slide down as 5 waves, nor is there a clear a-b-c down. At the very least we should see the stock price closer to the lower trend channel line. Another $20/30 would do the trick. If short buy it back now, just in case.