The wave counts have been somewhat ambiguous lately, so the best way to get some clarity is to look at a lot of different charts to see what works best for most. Here they are, just click on them if they are too small; 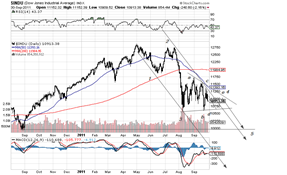 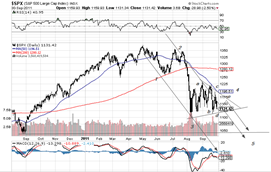 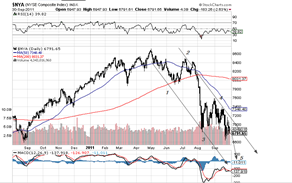 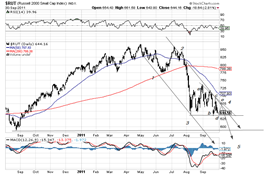 These are the Americans. Dow Jones, S&P, New York stock exchange and the Russell 2000; 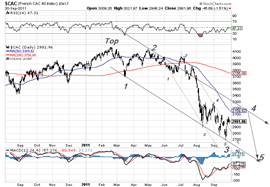 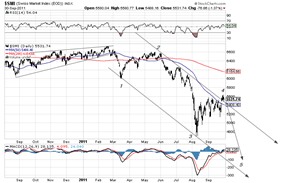 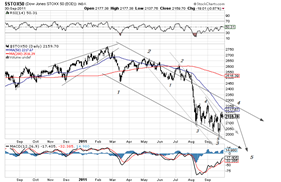 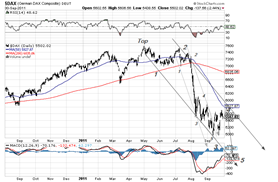 Europe is represented by the CAC40, the Swiss SMI, the Stoxx50 and, of course, the DAX; 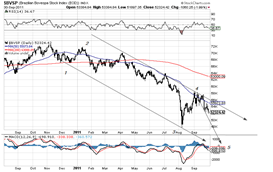 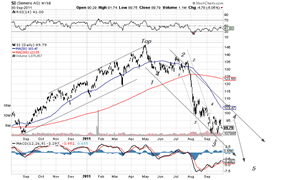 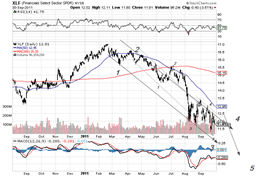 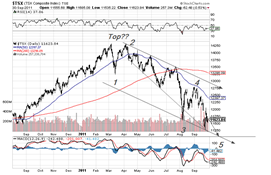 And to finish it off we have Brasil’s Bovespa, Siemens-the company-,XLF, the US financial ETF and the TSX.

The first point of ambiguity is the top. On most of these charts the two tops are pretty well at the same level, but looking at how we got there (usually a wedge) the first top seems to have the majority, with the very clear exception of the DAX and Siemens. The next point of contention is where are we in the bigger picture, that is where would one “logically” expect to go (the wave B level on the way up). All the Americans are way short of that target whereas the Europeans have surpassed it by a wide margin, so they are ahead of the rest.

Concerning the actual wave counts, none seem to be complete with the exception, perhaps , of the TSX which does not want to show it’s cards. The count there is so forced and distorted that it is most likely wrong and probable is following the 1-2, 1-2 series pattern.  In many cases (Siemens) wave 3 itself is easily subdivided and therefore the entire 5 wave sequence cannot be complete. In any case when one sort of “averages” all the above there are relatively compelling reasons to assume that the first 5 down are not yet complete and that we are presently in wave 4!