Rather than take an individual bank, I have used the TSX capped financial index in this Yahoo chart. I am not entirely happy with the count but , at the very least it is plausible. If correct most of the Canadian banks (and other financials) should, barring any idiosyncratic anomalies, follow this basic pattern as they are, after all, joined at the hip and listen to the same drummer. 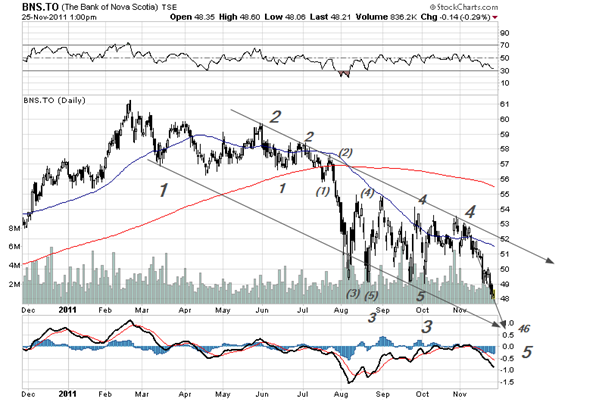 BNS, Scotiabank, follows the pattern to a t . The whole thing could be compressed to make a triangle out of all the up and down action over the past 4 months and the conclusion would be about the same. A 5th wave is still required and seems to be targeting a level of about $46 (which is still high relative to the “logical” level of $41 (as explained in previous blogs). 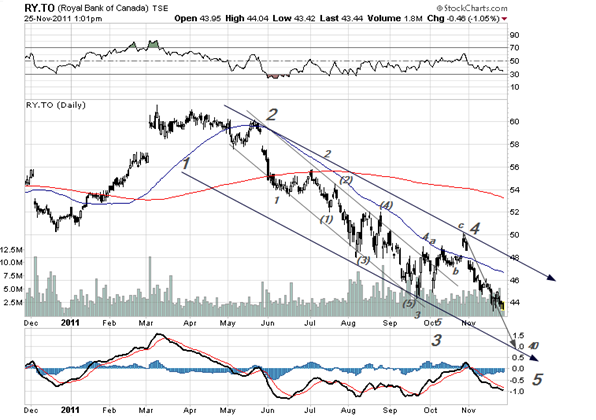 We missed the $5 up and down trade by being too flatfooted and indecisive. But now there is so much more clarity. The stock could trade towards $40 after which there should be about a $10 rebound. Essentially you can buy the stock even now and still make a good return! 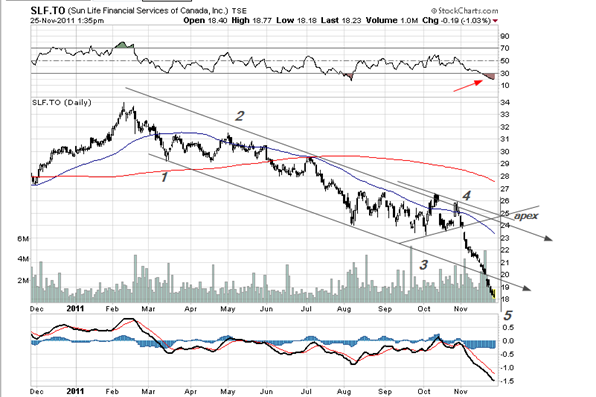 SunLife, has been a little annoying. Like the energizer bunny it just keeps going and going. It is now down an unusual eight dollars in one go. But on the positive side the RSI is as low as ever and a turn should occur soon. Even Manulife has stopped going down the last few days. 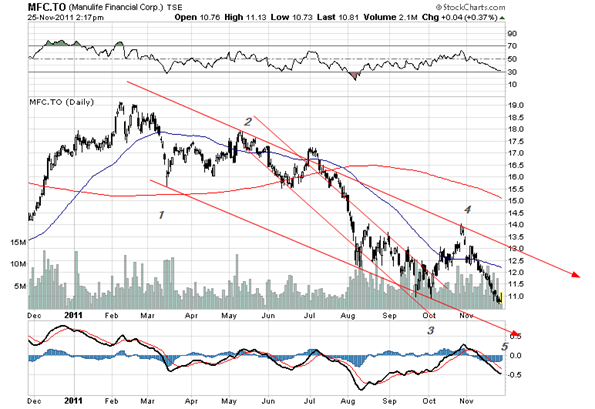