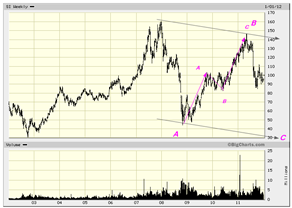 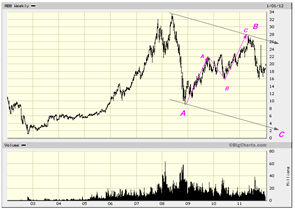 Siemens is the stock we take more seriously as a proxy for the German market, ABB is , after all Swiss/Swedish and not German but the distinction hardly matters here. In fact one could add SNC Lavalin to this duo and strengthen  the case that we are , most probably , in a wave 4 position. A more detailed look at SI would suggest that we might be in a triangle of sorts; 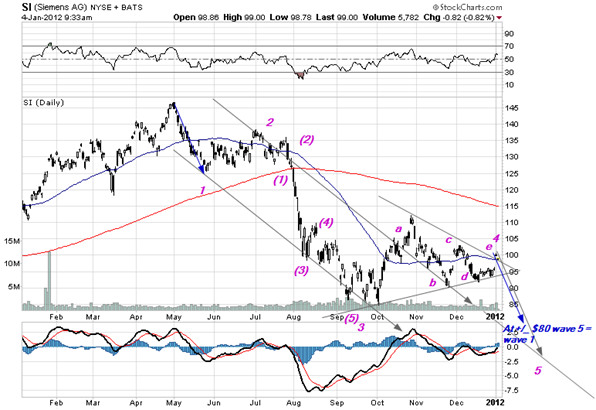 All along our minimum target to the downside has been for $81 for the first down-leg. It is taking a very long time but the simple fact that the stock has only regained about $15 from the lows, after dropping about $60 is very promising for this outlook. The best EW count for SI would be that we are in a wave 4 triangle . An alternatives that readily presents itself is that we are in wave 2 of 5 of the first down-leg or wave 2 of 3. In that situation we should not trade above $110 before we go down a lot further. No bullish count suggests itself at this time. Applied to the DAX index itself, the equivalent logic would dictate that the DAX should stay below approximately 6400.