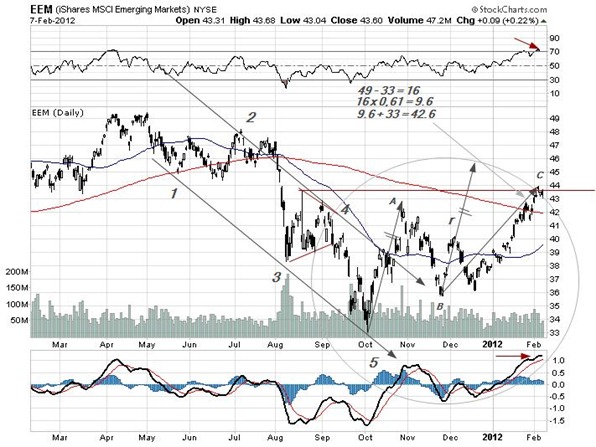 The EEM has followed our script precisely, perhaps it will continue to do so (see various previous blogs). One can argue about certain minor details in the above count, but in the main it looks pretty acceptable. 5 down with a nice little triangle in the 4th wave position for Wave 1 down, taking back about 34% of the preceding rally and then an A-B-C in which C is vector equal to A, retraces roughly 62%, and moves right back to the 4th wave (highest point in the triangle). The RSI and the MACD are both topping. Somewhere around here this ETF should turn down.

The XEM, the Can $ equivalent, has pretty well followed the same pattern, shown below without annotations. 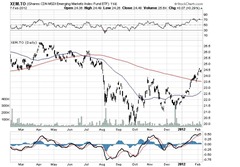