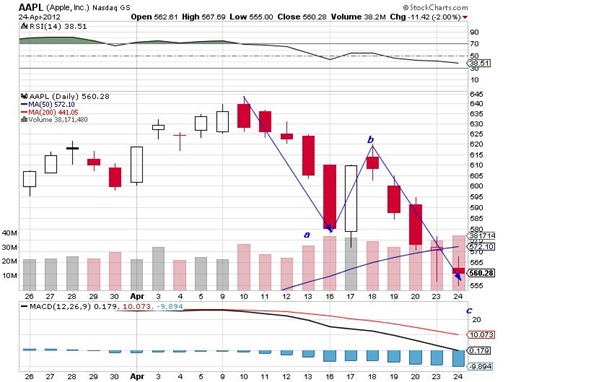 AAPL dropped almost $100 over the past two months and did so in a near perfect a-b-c. In itself this has no predictive value as the stock could either shoot straight up down depending on the reported earnings. Again they were pretty stellar and the stock had already reached $601 in after hours trading. The question now is whether or not this a-b-c is all of the correction, or just part of a more complex correction that still has some ways to go. In any event chances of a new high in the future have improved considerable. How much higher remains to be seen. 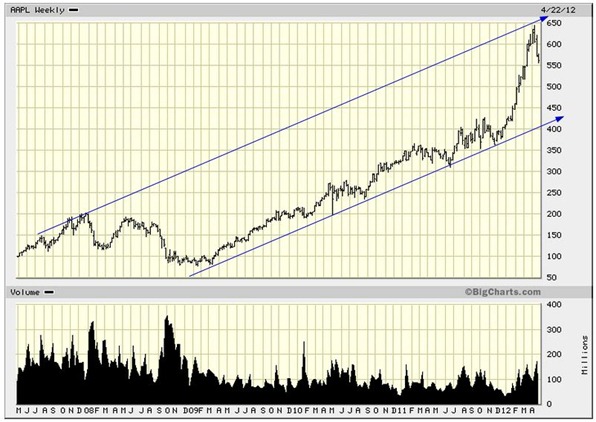 Given the performance, 6 fold in two years and virtually vertical the past 6 months, still must make a prudent investor wonder if it is smart sticking around much longer.