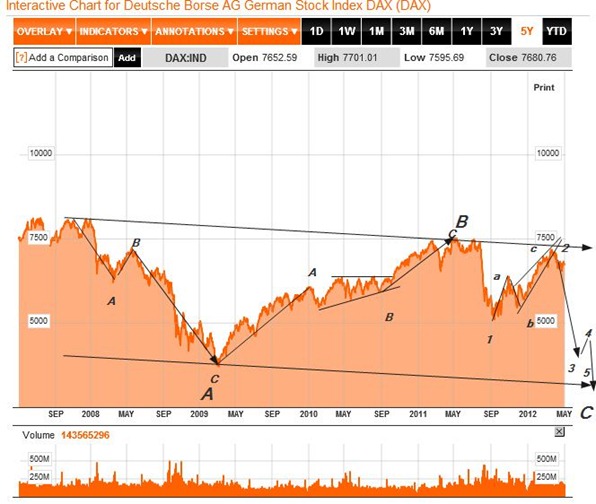 The DAX also follows the same patterns but somehow manages to retrace 80+% of the preceding drop as if nothing has happened. Perhaps because they are sitting at the other end of the see-saw than the club Med countries. Germany’s neighbour , the Netherlands prefers to chug along the bottom, but the pattern is nevertheless , essentially, the same. Oddly enough, Holland and Australia, and  Germany and Canada twin up with each other the best. 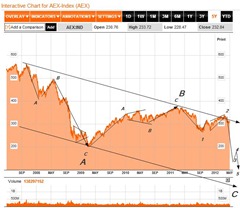