We had completely forgotten this stock , here are the two charts, prediction and reality; 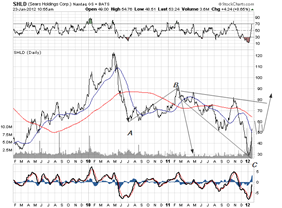 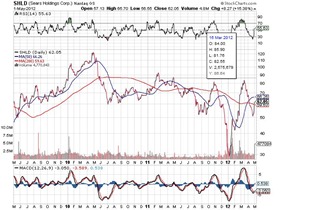 The prediction on Jan 23 of this year was that the stock could climb to perhaps $90 when the stock was at $53. It got to $85.90. It would do it fast. It did both for a theoretical gain of 62% and did so rather precisely as shown by the arrow. Also it announced the event well in advance even if we were late to take note. It dropped precisely to where the C=A would have suggested. From here we have no idea where it will go next preferring only to capitalize on the obvious.