Siemens was predicted to go to about $81. It is getting there but it has taken a long time. The outlook remains quite bearish (see previous blogs), but rather than regurgitate the EW analysis it occurred to me that it might be refreshing to use the Head & Shoulder pattern, something I know very little about. Here is the chart; 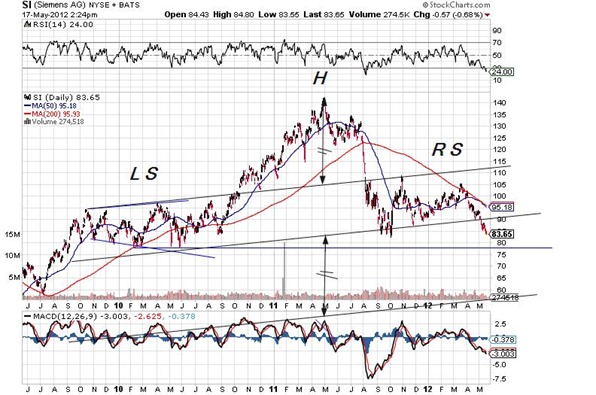 The left shoulder and the right shoulder sort of fit into a band that should run close to horizontally. Then, after the break-out under the lower channel line, the stock should fall by an amount similar to the distance that the head exceeds the upper trend line. It is as simple as that. Target $60. The EW target, by the way, is half of that.