In December we opined that the beyond part of this stock was in doubt. At the time the stock appeared to be about to complete a wedge (at $65, give or take). We got that wrong. It was not a wedge but a triangle. The following chart shows the wedge (in blue) and the triangle (in black).; 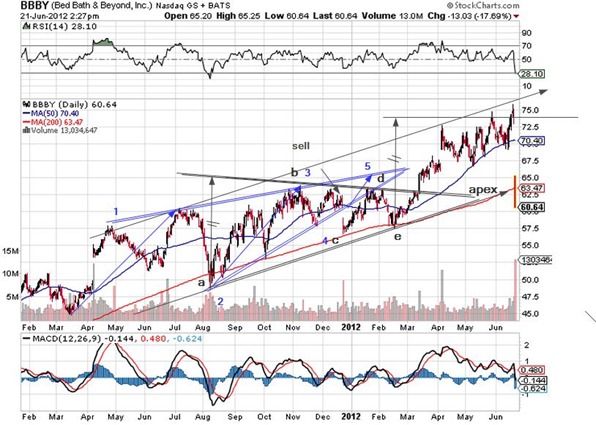 The wedge morphed into a triangle  and added about 5 months before a top was reached, roughly $10 higher than expected. It made up for the difference in a single days trading. First target is the lowest point of the triangle at $49/48. A lot lower after that.