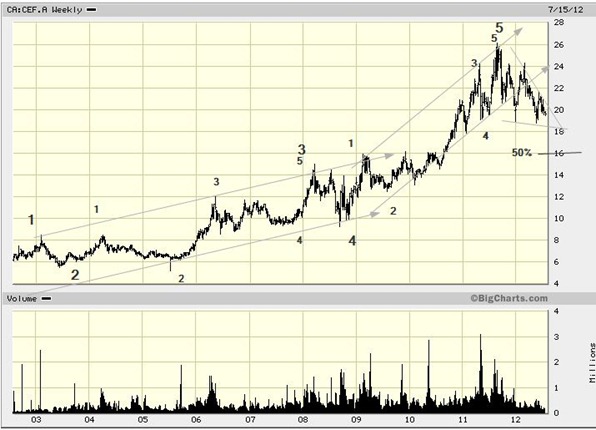 In three different publications I have seen the action over the past year described as a triangle. It is not, period. Ralph Nelson Elliott who described the different patterns in detail, from empirical observations of course, would not accept a “triangle” if the boundary were in the same direction, they simple cannot both be down. I believe that Glen Neely later expanded the repertoire to include such structures which he called “running triangle”. So I guess it all depends on whether or not you are old school or new school. In any event it does not matter that much as if you were to use an a-b-c, with the c as a wedge, you end up with the same end result.  As far as I am concerned, anything can happen from here on, the light is amber.