Do not confuse this one with the French “Dieu”. It is the Dow Jones Islamic Market Europe Index.  Turkey is the only European country that has an  original Islamic population, but , of course , at one point in time the Ottoman empire stretched all the way to Vienna and the area around  Malaga was  also Islamic. Much has changed but with the “spring” in the Middle Eastern Islamic countries one would have expected these countries to do well, that is relative to the rest of the World. Not really , unfortunately; 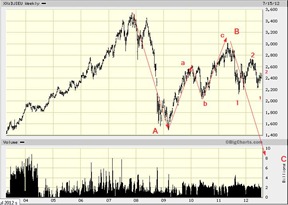 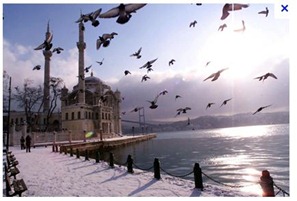 On the right is the church/mosque in the village where I grew up as a kid. The foundations of the bridge over the Bosporus, in the background, were actually built next to the site of my home, a long time ago.

Anyway looking at the chart it is immediately apparent that the “spring” has, unfortunately, not resulted in a clear upward move in the stocks of Islamic European enterprises. In fact, if anything, the conclusion seems to have to be that everything is going in the same direction. But then if you look at Turkey itself, it is actually one of the few to be trading higher than before the “great recession”. Here is the ALL Cap Index; 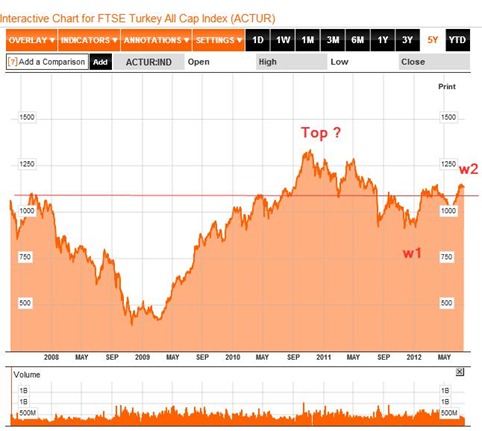 Most of Turkey is of course not Europe, technically speaking, but the performance is definitely above par. Could it possible be that the Lira is a buy? And, by the way, that house I used to live in as a kid, is now beyond the reach of all but the 1 per centers, make that the 0.25 %%%%%.