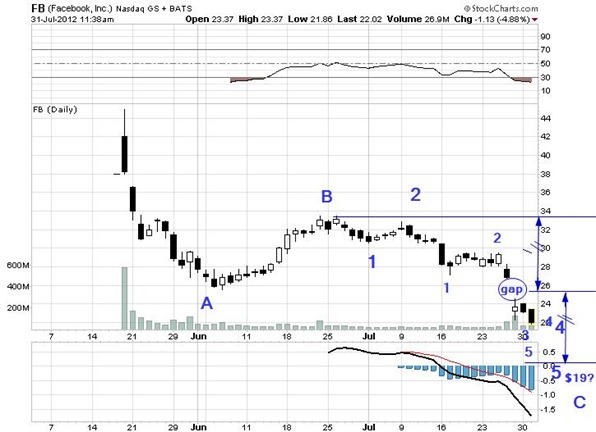 There is not much chart to go by.The assumption is that the $44+ high immediately following the senseless orgy of greed attending the IPO, is the high. A correction from there would take on the A-B-C shape, probable a zig-zag considering that the B did not even get close to those highs. Should the C equal A, not uncommon, the target would be roughly $15/16. If we leave the gap in the middle the target is around $18/19. A total loss of 62% would target $17. Our best guess $17. At that level you would also be down about 50% from the “official” issue price if you actually received an allocation.

UBS, the Swiss banking power house will be suing the exchange for losses incurred as a result of the alleged mishandling of this issue. ($350 mln?) Apparently greed has little respect for greed.