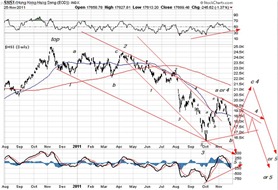 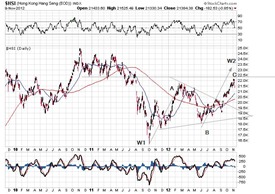 At the time we explained the various paths this index could take and for what EW reasons. In the end, with the benefit of hindsight , we now know that something was complete at the lows from which a rebound took the stock back to an  anticipated level of about 21500. It did so pretty well as indicated, but then transformed into a much lengthier and more complex A-B-C by adding very little to the upside but a lot in time. That should now be over and the next wave down probable already started; 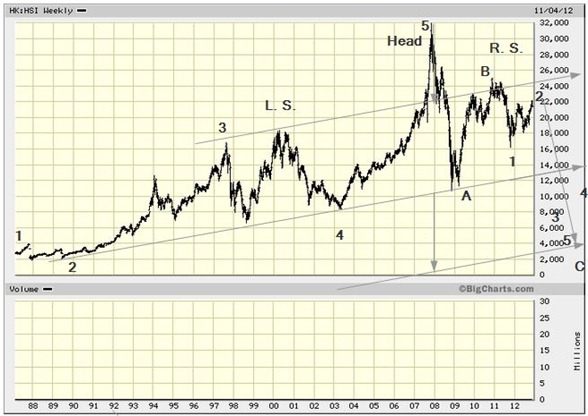 Right now at 22000 this index is sitting more or less in the middle of it’s range for the past six years. For those that believe that EW is a form of witchcraft, I have added a “standard” H&S pattern to the broth, which measures to about 4000, approximately the same level EW would suggest, for instance if C were to equal A someday. In any event the wave 2 is clear as a bell so at the very least we should get one more new low below 16000 and most likely to the trendline at 14000. This is what we pin our hopes on for world growth??