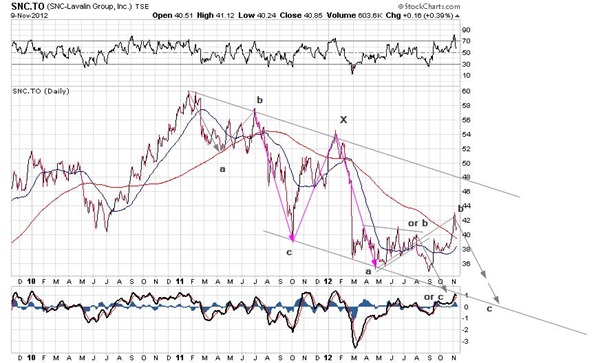 See also our April previous blog. We were expecting a rebound to $43 and then a drop to about $32. The former has happened, albeit slightly late, and the latter will take a little longer as well. $32 is on its way if the pattern is that of a double zig-zag. A more bearish target emerges if one assumes that the top in 2008 was not THE top but just the top of wave 3. That would put the real top in 2011 and would allow this correction that we are in to unfold as an a-b-c. Cs are often much larger than the a so much lower targets can be obtained. The chart below shows that possibility; 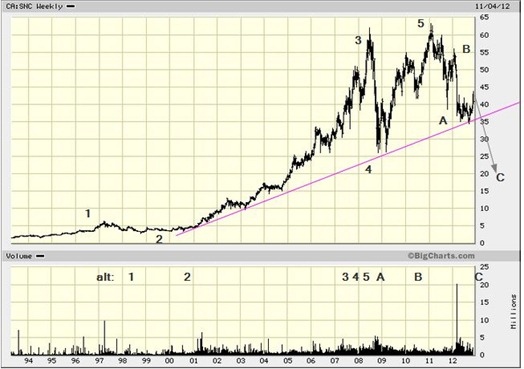 The stock, by the way, is trading at a p/e of about 21 so it is definitely not undervalued which is pretty obvious from a superficial glance at the chart.

It is somewhat ironic that the Spanish, who are now in so much trouble with their real estate , were a 1/3 partner through Cintra in the consortium led by SNC that bought the  407 highway from the Ontario (Harris) government for a song ($3.1 bln). So the last shall be first, and the first last. Where was the “net benefit” then??