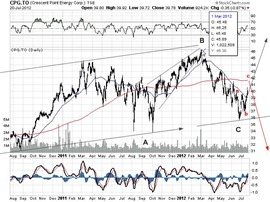 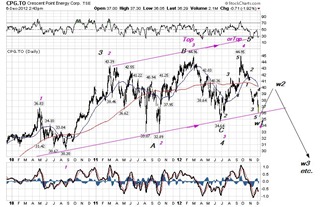 Last July (chart on the left) we warned to step aside until such time that the count became clear. There was the potential of a large A-B-C wave 4 (to be followed by  wave 5 up). Apparently that is exactly what happened even if our target of $47 was not quite met ($44.95). If you look closely that B wave is , in fact, a single tick higher than the “orthodox” high. We had a clear 5 waves going up into that peak and again one going down for a first wave.

Looking at a bigchart, with a lower resolution, the three top numbered in purple as 2,3 and 4 are actually dropping, which would lead to calling that first top the top. That would be an error. Counting waves is an art, not a science. 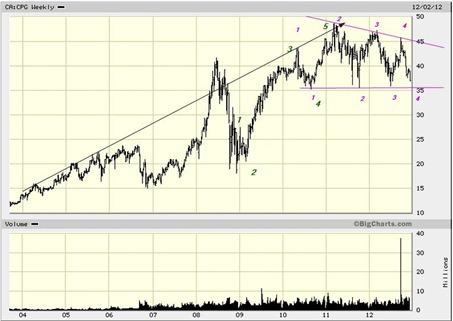