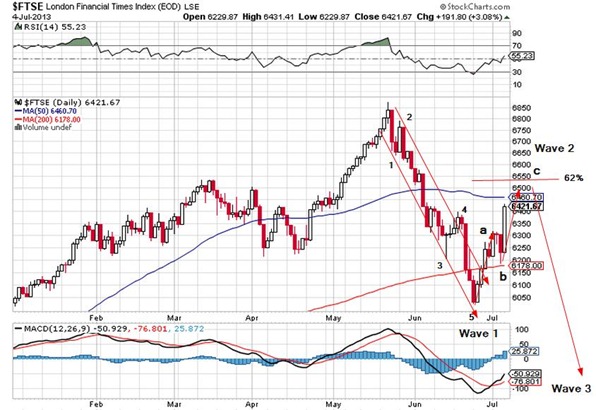 With the US closed for the day Europe and the UK chose to go it alone. Draghi and Carney are quickly becoming more catholic than the Pope by adding their own “infinite” descriptions to their respective monetary policies. In the UK this helped the FTSE propel itself upward by an unbelievable 3.08% in a single day. Perhaps it was Carney taking the tube that resonated with the financial types in the city. Or, perhaps it was the waves.  That would have been 3 of c within an a-b-c correction if our analysis ( and that of the Gainesville boys ) is correct. This wave 2 has now exceeded the level of the 4th of previous degree at 6400 and appears to be on its way to the 62% retracement level slightly below 6550. Once there (or even a little further) the FTSE should collapse in wave 3. Time will tell.

PS. Mr. Carney may be the first foreign governor of the Bank of England but it should not be forgotten that the Bank received its Royal Charter in 1694 from King William the 3d, a Dutchman. The Bank has had a lively history as this cartoon from 1797 clearly indicates. 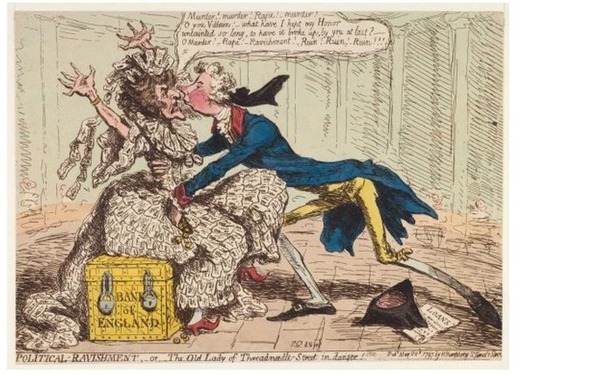