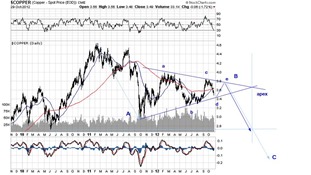 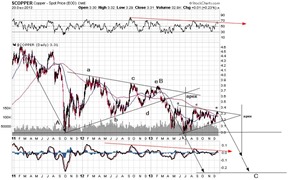 EW worked perfectly in predicting an e wave in the triangle and then a thrust down to just under $3 a pound. However our expectation was ultimately for a steeper drop, more towards $2 or less. Maybe even a lot less. In our original count we were looking for an A-B-C type of correction given that the size of the triangle was too large for anything but a B-wave. Now again history seems to be repeating itself as there seems to be another triangle in the making, which would then make the count more of an A-B-C X A-B-C. Whether correct or not, the upshot is that copper is going lower. Easier to see from the big picture; 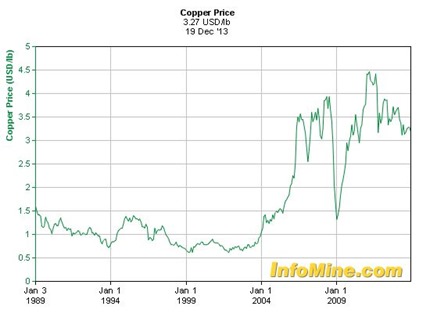 Never mind the count, this stuff is still too expensive.