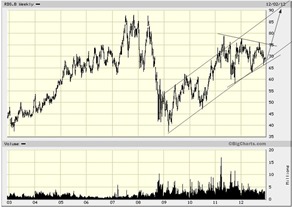 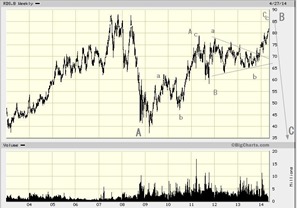 Part of the prediction at least was correct. The question which remains is whether or not this is a B-wave (a-b-c X a-b-c) or a 5th wave. In the former case the triangle, which is clearly visible even if one cannot tell it’s exact size, is the b in the second a-b-c. In the latter case it would be a wave 4 in a 5 wave sequence. $87 or so (it has already reached $85) would be about as good as it gets, considering the double top and the triangle measure. We would sell here.

To put the growth of this stock in perspective below is a longer term  chart from the G&M. 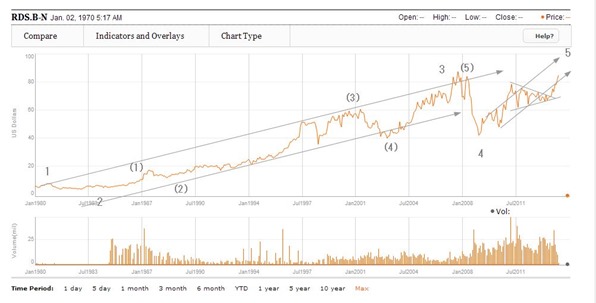 The count shown, arbitrarily, is that of a 5th wave even though we prefer the B-wave as it “fits” the big picture better.