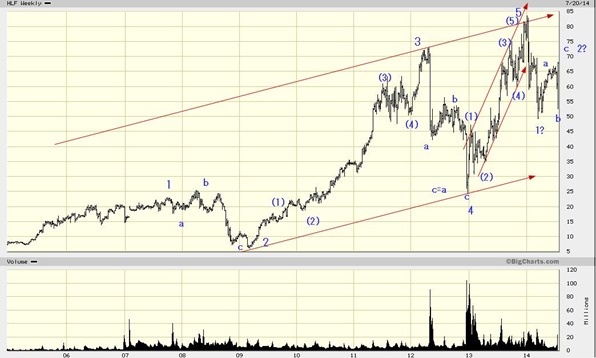 When in doubt, stay out. We did after the a-b-c down in 2012 was complete. The problem was that it was near impossible to determine what degree that correction was. As it turns out it was most probable a wave 4 in a 5 wave sequence that was completed, we think, at the $84 high. That happens to be where the channel upper side runs.  The initial move down to $50 would then be wave 1, or a, of a new bear market. The problem is that that move could, repeat could, be interpreted as a completed a-b-c correction. That is then contradicted by the very clear a-b-c wave back up to nearly $70 ( yesterday’s idiotic move would be the c of that wave 2). On balance we suspect that this latest move may have a few more dollars to go but will then peter out perhaps at, say $72 or so. At that point the shorts will have covered and the whole process is ready to start all over. Short at $72 with a tight stop for a target of $25. Below is a more detailed chart, also showing an alternative A-B-C down. That would then be a flat so paradoxically the stock could rise to a higher level before the C-leg starts! 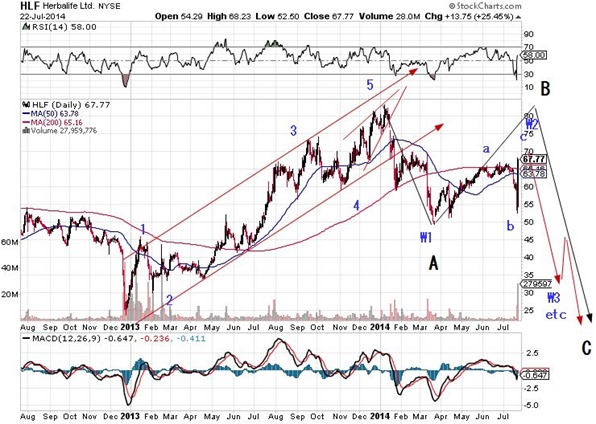