Remember the fabled gnomes of Zurich? The country with the highest possible level of probity has undoubtedly been Switzerland, right from the days of Wilhelm Tell – the straight-shooting archer -  to this very day. That may change before this day is out. The Swiss referendum vote on the return to some form of watered down gold-standard appears to have failed. This will have some impact on the gold markets tomorrow. Conversely the SMI should do very well as the Swiss central bank will not be constrained by gold from manipulating the exchange rate and with that the stock markets. Here is what the SMI looks like today; 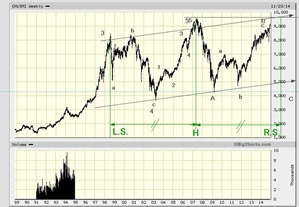 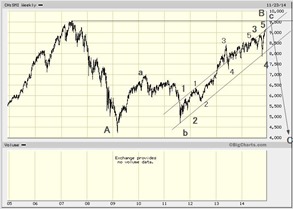 Both charts are the same Bigcharts except that the one on the left covers a longer period. The EW patterns shown are not necessarily the only ones possible but they are, in my view, the most probable or plausible. For those that are not particularly fond of EW, that is the vast majority, I have also added a standard Head & Shoulders pattern, which, by the way, calls for a downside target below 4000 in much the same way as the EW interpretation does. So when the kids ask are we there yet ?, the answer is yes, close enough. You have a few hundred points to the upside and 5000 to the downside and an index that has done very little for the past 17 years but moved by about 29% in the last two months (see below). 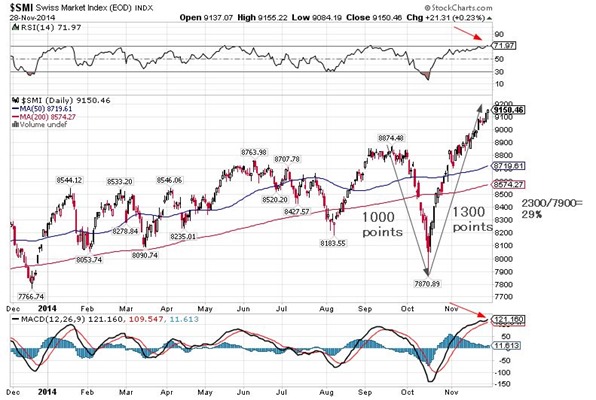