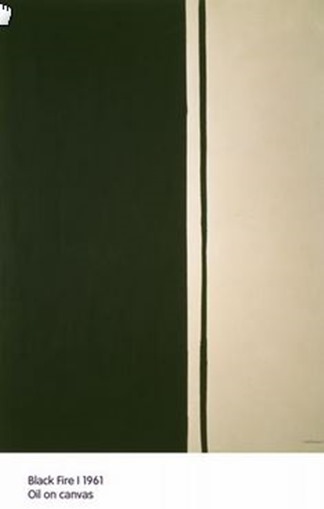 There is no inflation we are always told. Go to Christie’s, the auction house that is, and you may be surprised. This “painting” by no other than Barnett Newman, you are forgiven if that does not ring a bell, just sold for a mere $84.1 million.  Two other “paintings” by Andy Warhol, silkscreens depicting 3 Elvis’s or 4 Marlon Brando photographs also sold for, respectively $81.9 and $69.6.

You may recall that back in 1987 van Gogh’s Sunflowers sold to a Japanese buyer for $39.7 mln. , adjusted for inflation that would be about $75 mln.  At least that was a painting by a real Dutch master. Black Fire 1 is not worth $10 in my opinion, which, I guess, just proves the point that “value” is entirely in the eye of the beholder and subject to the size of his/her wallet. We are in the wrong business.