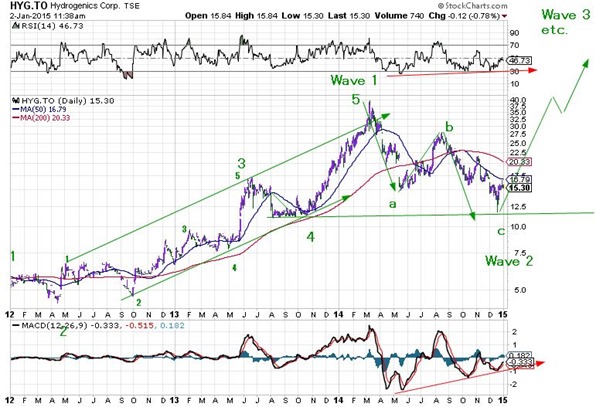 This is on a semi-log scale; that tends to work better when something is down by 70+% in a relatively short time.

These fellows have not discovered a way to burn water but they have found a number of applications where excess electrical energy can be used to split water in it’s constituting elements, hydrogen and oxygen, and reconstituting them at a later point in time or in a different setting. The process is fairly energy efficient so the inevitable small loss is compensated for by the advantage of being able to store electricity and or use it for transportation. If it sounds similar to Ballard Power Systems (BLD) that is because it is, perhaps just a little more pragmatic. The charts, lately at least, are very similar.

Storing power is the answer to one of generating electricity’s most pressing problem which is keeping peak-load requirements as low as possible and with that the corresponding capital requirements. There is definitely a future in that. Below is the long-term chart; 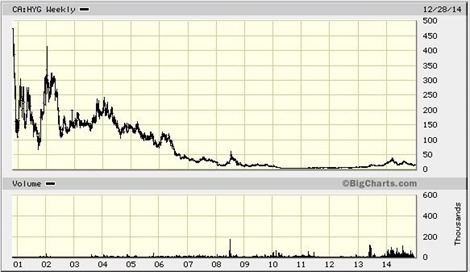