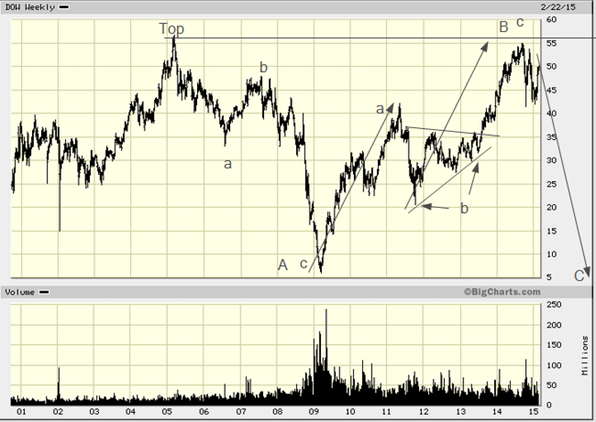 This is one of the better examples of the B-wave that we have observed all over the place. This one is in a flat. Flats typically start with 3-wave structures, not 5-waves. That is clear here but I did not catch on in time and consequently made the mistake of thinking that the upward correction was over at about $42 in 2011. It was not. It was only an intermission albeit a pretty deep one. Even so, three years later the B-wave becomes perfectly clear leaving very few alternative (The only realistic one at this time would be a very quick rise to about $55 to double-top followed by the same anticipated collapse.) In detail we have; 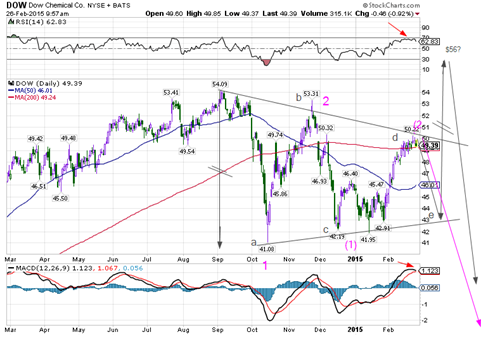 This may be a triangle wave 4 of c of B. It may also be a series of 1-2’s. You are presently roughly at the midpoint between those two possibilities and consequently risk/reward favours getting out now. Especially if the volatility is taken into account. In the last 5 months this stock has traveled a same amount as its value over a lifetime (thank you central bankers for bringing stability), not a time to tiptoe around.