The name is a bit of a misnomer. The Bank serves England, Ireland and Scotland and , at one point, the entire Commonwealth, that is about 1/2 the world. Furthermore the bank was actually created by an initiative of the Dutch King William and his spouse, the Scottish Queen Mary Stuart in 1694. It’s purpose was to raise 1.2 million pounds for the war against France , this when a million was still a million. It was a private company un till 1946. What it does today is described in a series of “postcards” that are on its website  http://www.bankofengland.co.uk/education/Pages/resources/postcards/postcards.aspx  here are two examples; 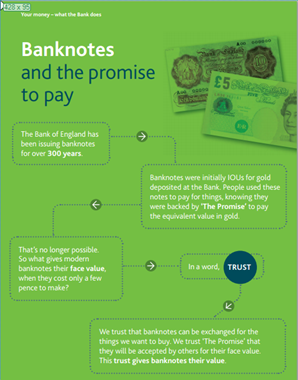 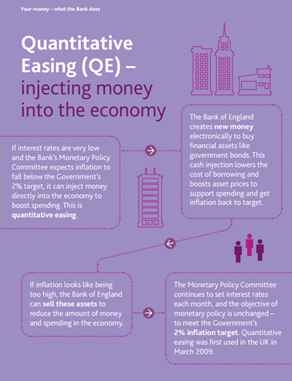 The postcard on QE is, of course, factually incorrect by a very serious omission, which is that bank reserves do not automatically lead to “money” as it is normally defined i.e. in the hands of the public. Life at the bank, also known as the Lady of Threadneedle Street, could be rather hectic as this cartoon attests to; 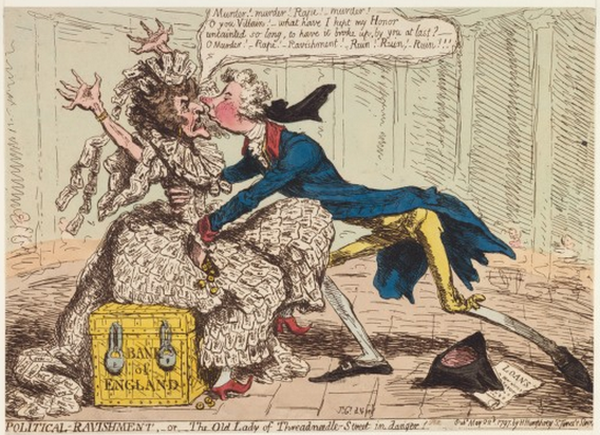 The man in the cartoon is Pitt The Younger, trying to convince the Bank to do some more QE. Pitt had become prime minister in parliament at the ripe old age of 24 and always behaved as a gentlemen. Some might argue that at age 24 that is not credible. In any event it is clear that the job at the bank requires not only brains but a lot of social skills. A search a few years ago in England for such a person came up blank but a Canadian was quickly found to fit the bill. This, after all, is what colonies are for. Mark Carney, who is an alumni of Goldman Sacks, Oxford University and runs the full marathon in 3 1/2 hours or so is now the Governor of the Bank of England. He is doing this for a relative pittance of , by coincidence, roughly 1 million , for now at least. We think it will age the man so we show the now and tomorrow photos; 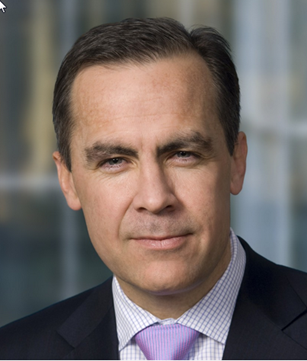 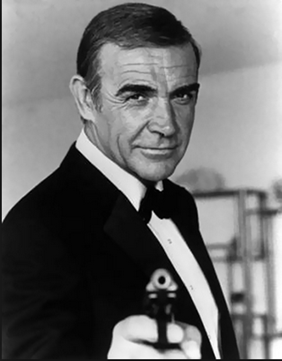 We hope that Mark’s  brother Sean can convince him to leave his negotiation skill tools in the City by the time he returns.