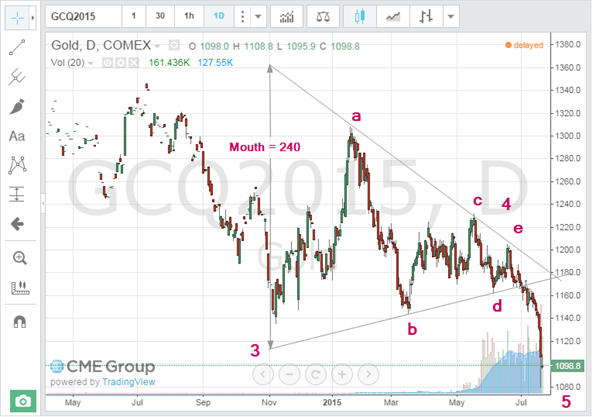 This is the August future contract on the CME. We are just thinking aloud so do not take this too seriously!

There could be a triangle here. All waves within the triangle should be three’s.  a , c and e most certainly are; b and d lack clarity but they could be. Assume it is one than the “mouth” which is $240 wide projects a target of about 1200-240= $960 or roughly 4 lines lower than we are presently.

The $1000 even would be an acceptable compromise to both bull and bears. Time will tell.