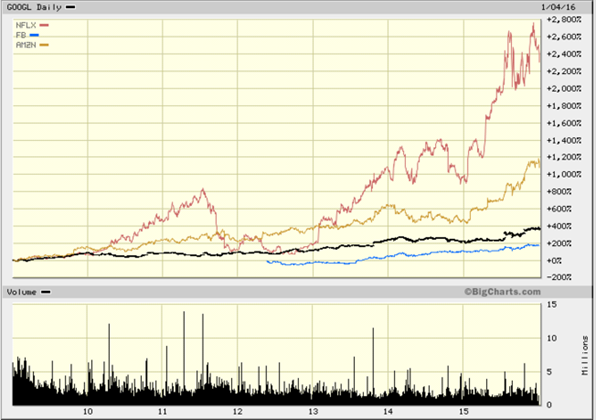 Last year the S&P eked out a small gain. According to some that would not have been the case if not for the above 4 stocks. They are Facebook, Amazon, Netflix and Google. Together they presently have a cap. of about 1.1 trillion.

Back in the early seventies there was this group of stocks that were known as the nifty-fifties, that played a similar role. Within that group their was the terrific 24, all growth stocks with relatively high p/e’s. Some names were Polaroid, Xerox, FNCB, Sears, Phillip Morris but also Wallmart. As a group they substantially underperformed the market. Will history repeat?