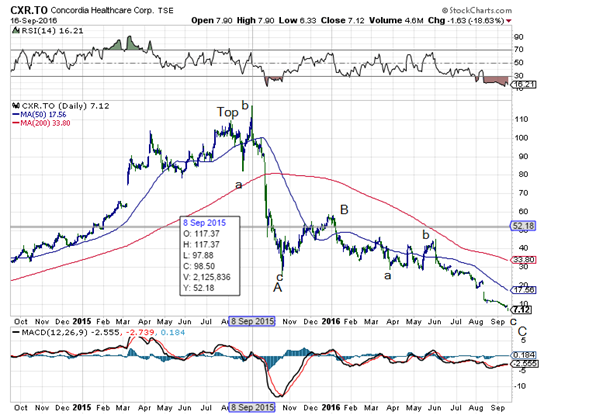 We like this stock at these levels. It has lost about 95% of it’s peak value and appears to have done so in what is best described as a double zig-zag.  Supposedly today’s large drop was due to the British Government having decided that generic drugmakers may no longer price at will. We have no idea why CXR would be affected other than that we assume that they sell some of their stuff in the UK.

The RSI has been oversold for about two months during which the stock dropped by 2/3. It is a full moon tonight and that is when you want to buy a stock like this. In fact at 3.05 p.m. tonight we will have a Harvest Moon and a lunar eclipse, and that is the perfect time to do something silly like buying this stock. We do recommend selling it again after a 50% gain after just a few days.