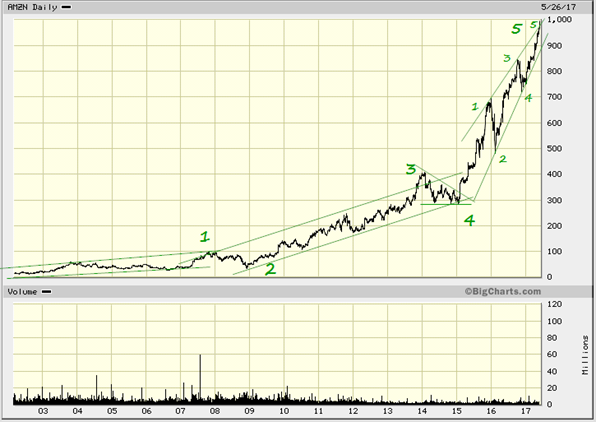 We have been consistently wrong on this stock. It seems to always go higher than one would expect. This time there is again a very nice EW count with a fifth wave diagonal (wedge) into the top, just a dollar shy of the super Mnt. Everest high of 1000. The p/e is at 187X , totally ridiculous by any known standard.

We are not wedded to this precise count as shown as the subdivisions could be slightly different, but when all is said and done this stock is most definitely not a buy. In the last two years at has been climbing in a near vertical fashion, more than tripling so when you do reach the top the first target is 700, next 500 and, as is most often the case, 300 where the 4th of previous resides.

By the way, if the 5th wave diagonal assumption is correct, we have a situation where wave 1 is about 400 points, wave 2 is about 350 points ergo wave 3 must become less than 350 points. As it already has travelled about 300 points it can only go up another 50. Moreover it is already causing a “throw-over”of the upper line.

Below is another acceptable count now that we found a longer chart; 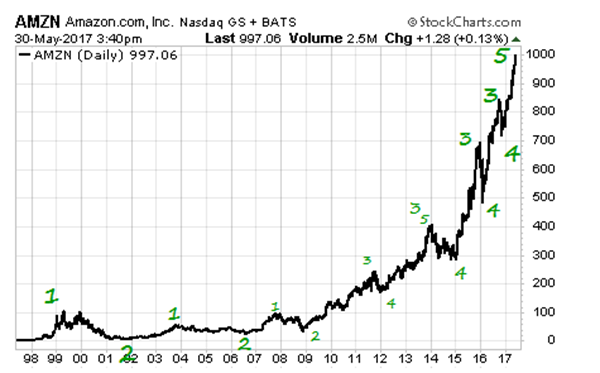