This is the Dow Jones industrial Average. 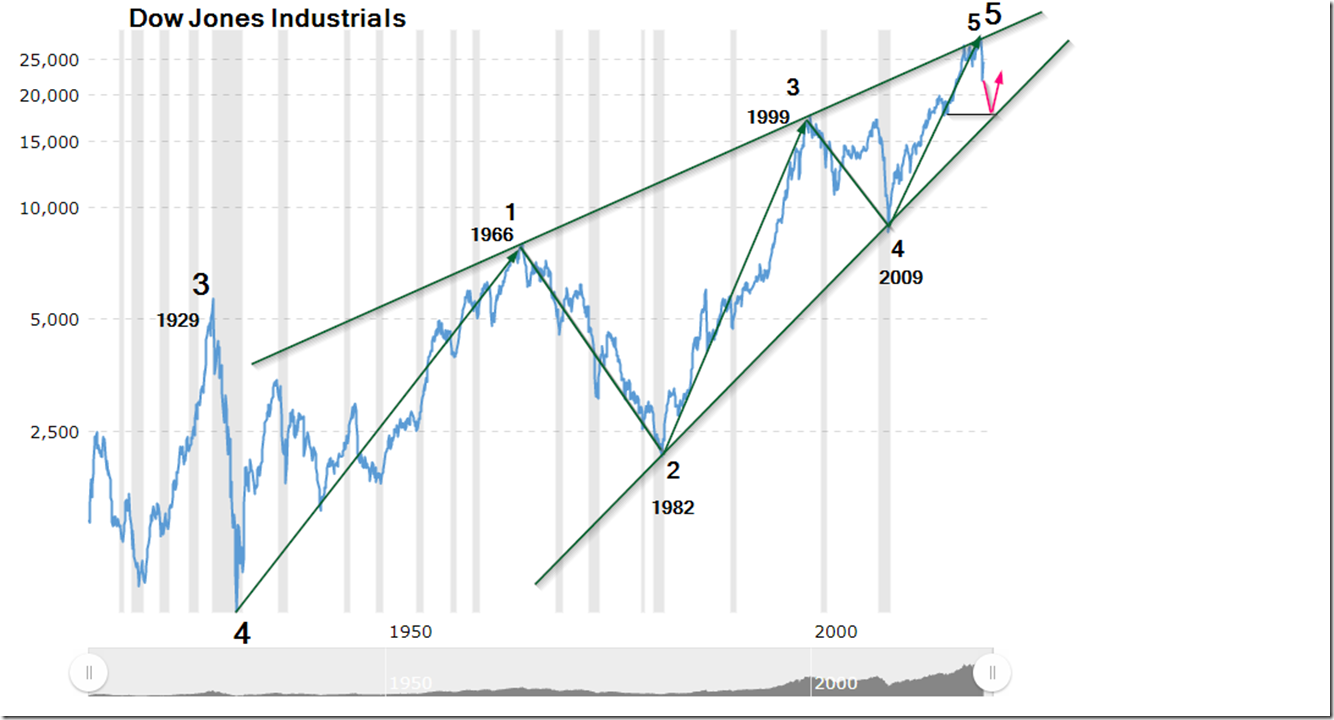 The chart is on a semi-log scale, and the y-axis is adjusted for the CPI, so the values are in “constant dollars”. It uses monthly closing price which is why yesterday’s close is recorded as 24633.86 which is easily six thousand points above the actual low that was recorded during this covid episode. That was on the 23d of March at 18213.65 – which was also not shown as it was not a month end. The point is that this chart is very granular and has a very low resolution which is normally a hindrance but if you are looking at the Big Picture it often helps by smoothing the sharp edges. Despite that I have adjusted the graph  by adding in red what actually took place. The distortion on earlier dates is always much smaller as the values of the index are so much lower.

The boys in Gainsville have always maintained that this entire wave from the depression lows to today is one single structure that actually started in England some 300 or so years ago, the Dow itself is only about 125 years old. If we accept that then this is the 5th wave and looking at this thing it seems to have all the attributes of a 5th wave, contracting diagonal in the ending position. These should structurally look like a 3-3-3-3-3, that is all 5 waves within the diagonal should be 3-wave affaires. As far as I am concerned that could be the case, certainly for 4 of the 5 with one a little more dubious. This is important as it explains why we stopped where we did, it also unequivocally calls for a continuation far lower as these structures more often then not retrace themselves entirely.

Having said that I should point out that the whole virus episode barely registers on this chart as, so far at least, it looks quite small. This is what a log chart does. Also time barely registers. This covers well over a hundred years so a single year or a fraction thereof is almost imperceptible. Patience is required!