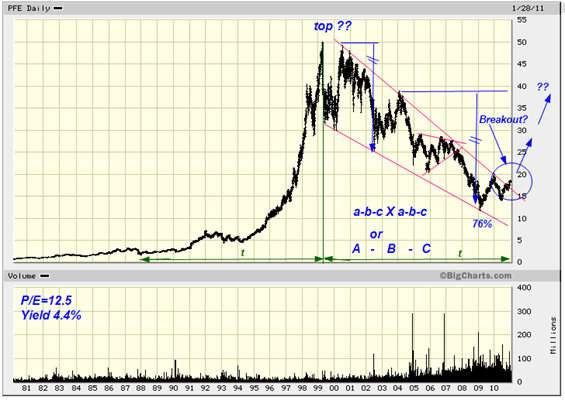 It took ten years to go from $3 to $50. Then it took  ten years to lose 76% (a Fibo#) of that. PFE was in good company during this slide as many other large pharma (specifically Merck MRK) companies did exactly the same. See previous comments, but it now looks like we have a breakout that may signal a change in fortunes. Yes Lipitor is going generic soon but they also acquired Wyeth not too long ago. The population is aging and the stock has a dividend yield of 4.4% and a reasonable P/E ratio. In my opinion this stock has a very reasonable asymmetric risk/reward profile. 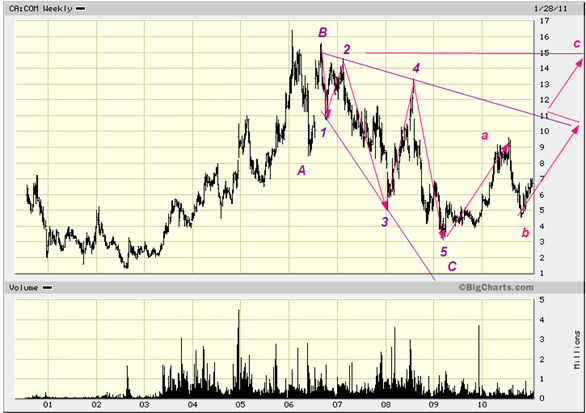 Cardiome Pharma Corp. lost just as much in less than half the time. It also operates in the vascular space. It is relatively small and accordingly the risks are substantially higher. But there appears to be a very intriguing pattern (expanding wedge) that could imply that the stock will shoot up to $11/$15 soon. A speculative buy at about $6.