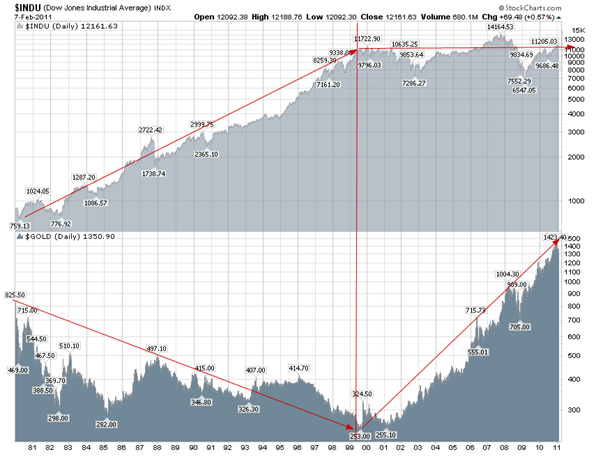 These are both semi-log scale charts, the top one the Dow Jones and the bottom one that of Gold, the stuff. The period is about 30 years, not by choice but simple because of availability.

By the way, the Dow pays a dividend, gold costs. Perhaps not much but at 2.5% your money still doubles over 30 years.