Just for comparison purposes I took a peak at that other ball bearing manufacturer on this side of the pond, Timken. Here are both TKR and SKF. Click on them to enlarge and you can move them around as well. 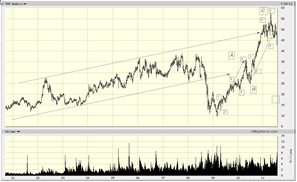 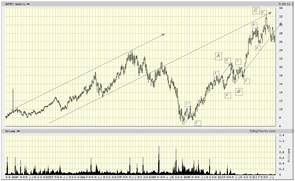 The timeframes are not exactly the same, the SKF one is about 3 years shorter, but by shifting them around you can better compare them anyway.

Both have been on a roll , so to speak : Timken a little more robust than SKF.  Both look like they will get a thorough thrashing soon.             An old Mercedes-Benz diesel that I once had , used Timken bearings in the rear axel, not SKF’s which I found rather surprising. It was second hand so perhaps it was not original equipment. In any case both stocks are clearly listening to the same drummer.