There are 10 previous blogs on this company. Last time in Jan.2011 the expectation was that the stock could drop quite a bit to around $13 from the $30 level where it had peaked. Here is that chart; 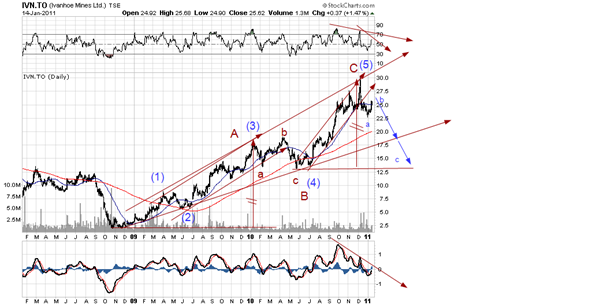 $13 was the most extreme as it was entirely possible that the drop would stop at the trend-line at $17.50 at that time if the drop was steep. It was not but it did get to that level. Today this is what we have; 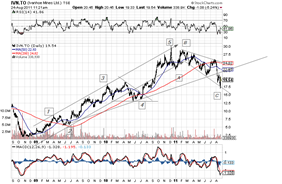 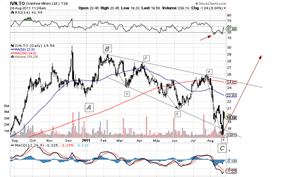 So it did not  as deep as expected but it did trace out a very, very, nice “expanding diagonal triangle” wave C with the A and B in front of it. This is a highly reliable formation that calls for a sharp move back up to at least the origin of $30. A drop below $16 or so would negate this entire scenario.

Just the other day this company made the claim that it could mine its copper at a negative cost, that is the by-products (gold etc.) fetched enough to pay for the operation. This stock is out of phase with the rest of the space and it is huge.