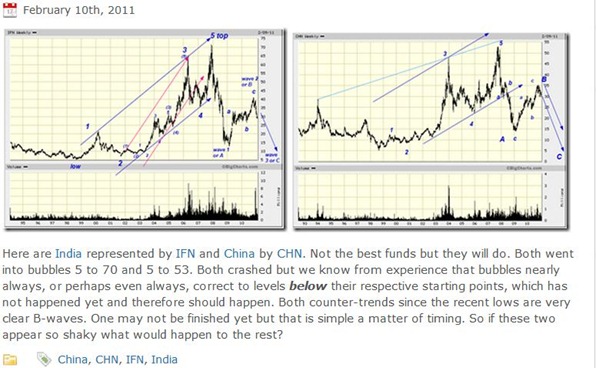 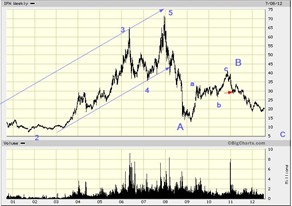 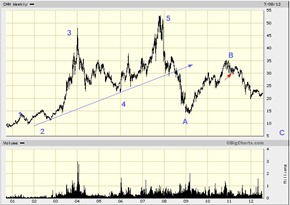 The little red arrows show where and when these ETFs were on Febr. 2011. Both were at about $30 at the time, so now , a year + later they are down to roughly $20 which is about 30%. Both are probable in a wave 4 of a five wave sequence for wave C. We do not now how low they will ultimately go, but they should , at least , go below the ‘09 lows. IFN comes from $70 and CHN from $55 so both are down by more than 50%. Using the FXI as an alternative ETF (iShare) for China we get pretty well the same picture;Same with Shanghai DJSH 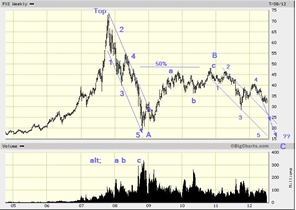 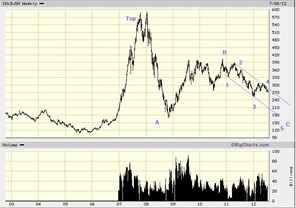 The FXI is down about 60% from the highs. It should, as a minimum, trade below $28 after which it will probable make new post peak lows. Shanghai has done very little over the past year but the EW count is analogous to the others. If China and India are making “soft” landings, investors in these indices probably do not agree.