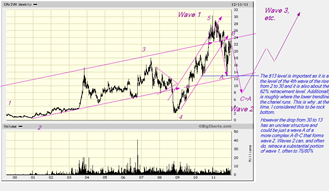 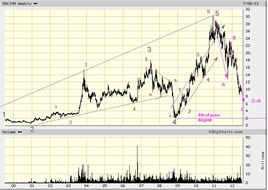 Left is then, Dec 2011, the right is now. The rise from about $13 to $23 gave it all away. It was a little too much for a 4th wave and consequently it was more likely a B wave in the middle of a very large A-B-C, zig-zag correction. The target shown initially was around $8 but is actually a little lower, more like $6+. But it does not have to stop there, the 4th wave of prev. degree is, after all, down at only $2. In detail; 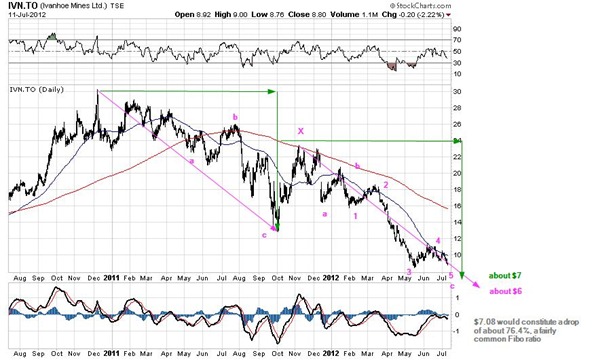 Our best guess at this point is that the correction is developing in a double zig-zag, a-b-c X a-b-c. The ideal target, all things considered would be approximately $7.08. Time will tell. The count is not infallible and only meant as an approximation (for instance, the first a could be placed much further to the left).

Fundamentally this is a huge mine, with huge ego’s and the ghost of Genghis Kahn riding through it all, anything is possible!