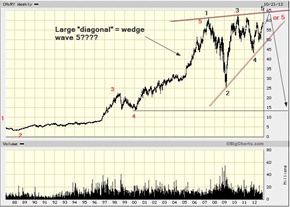 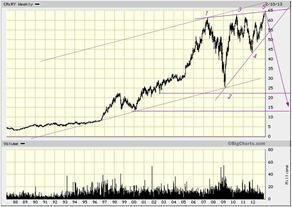 Back in October of last year we volunteered the idea of an enormous “diagonal” as the sole bullish count that we could possible put on RY stock, but did recommend selling it at about $60. The unthinkable has happened and the stock has made another , new high, the only bank stock to do so (excluding HCG). Then we calculated a high of roughly $65 for this pattern should it become reality. Today’s high was $64.90, see below; 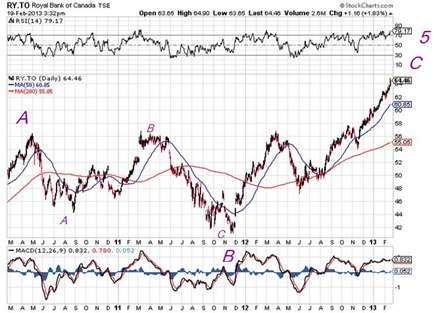 This should, give or take, complete the last leg in the diagonal (if that is what it is) and should unfold as a 3-wave affaire as it has. The RSI is , of course, already exploding to the upside into overbought territory for the last three months. The MACD is not confirming for more than a year now. Who could have thought that this stock could be up more than 50% in 14 months. Now it should definitely be sold.